“Quenby and the West of Wayland Band return to Eagles” ~ Lewistown News-Argus from the January 14, 2015 edition

The band is also pleased to have played once and then an encore performance for the cast, crew, investors and fans of the SXSW’s “Best Narrative Feature” 7-time winner, “Natural Selection” starring John Gries, Rachael Harris (The Hangover; Diary Of A Wimpy Kid) and John Diehl (Stripes; Stargate).

RADIO/INTERNET:
Quenby & the West of Wayland Band can be heard on the radio at 88.5 KCSN in Los Angeles, 91.5 WMFO in Boston, KGLT in Bozeman, KUFM in Missoula/Montana Public Radio, 91.3 KBCS in Seattle/Bellevue, 95.3 KOOK, Junction, TX and 92.3 KNRG, La Grange, TX. They can also be heard online at
– Live 365’s Honky Tonk Junky show (http://www.live365.com/stations/honkytonkjunkie) 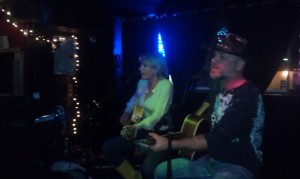 – Ralph’s Back Porch (http://www.ralphsbackporch.com/ )
– Dakota’s International Brick Wall Artist Concepts (http://www.myspace.com/poetdakota ) where they are featured as the Artist of the Month.

WHAT PEOPLE ARE SAYING:
“If Sugarland and The Allman Brothers ever made love, their baby would sound like Quenby & the West of Wayland Band. Quenby sings as good as she looks, the guitars and strings keep you movin’, and they have this authentic, “feel-good sound” so many mainstream bands lack. 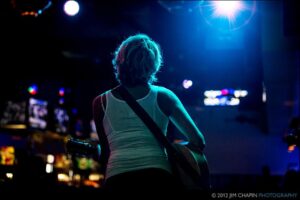 You’ll want to crank up “Train Whistle” in your car, and slow dance forever to “Long Time Comin”… and if you’re lucky enough to see them live, you’ll keep coming back, again and again. I love this band!” – J. Cyrus Smith, KNBC-TV, Los Angeles

“Every time I add one of Q’s songs to the station’s playlist, my email box overflows with requests for more.” – Vinny Smith, HonkyTonkJunkie.com

“Train Whistle” has all the elements of a long lasting tune that lovingly stays in your head, fresh and easy. Quenby’s voice is angelic and hypnotic, the lyrics simple but strangely powerful. A great hummable melody that has “HIT” written all over it. This is good stuff!” – Stephen Eich, Producer & Executive Director, Pasadena Playhouse

“She has a nice way with her phrasing and it comes across beautifully on Train Whistle. The song is stunningly good.” -James Sutherland, Americanaok Radio