This song was written after the Charlottesville riots. It was also a few weeks after the sudden, accidental death of our older brother. I was ripe for self-reflection, resentment, anger at myself, anger at the world as well as gratitude and a general tenor of taking stock of my station in life to try to beat back the impending despair.

The song was written quickly, and in my mind played reels and reels of footage I had seen over the years, plus old photos, plus the images I burned in my own imagination reading texts of people who have fought for human rights and improved living conditions far into our histories.

I imagined the African-American and other sympathizers marching from Selma to Montgomery, with bleeding feet. I imagined in the same movement, African Americans sitting at lunch counters, until they were hauled away. I imagined protesters and activists gathering in churches and community halls throughout history, linked arm-in-arm for strength and lifting their voices together until they were re-charged and ready for another round.

Of my four grandparents, one was a union telephone (telegraph before the phones became ubiquitous) worker. One was a seamstress. One was a longshoreman, constantly striking and agitating for better treatment, benefits and pay. And the fourth took whatever odd clerical jobs she could to cover the strike days. While they weren’t activists, somehow, the plainness and earnestness of their aspirations strikes me as the very heart of what the activists I wrote for are fighting for. Simple, honest work, fairly compensated, enough time to care for family and friends, and to enjoy life and mental health.

I have long been critical of myself for not getting more involved, and perhaps, Heather Heyer, being a young white girl forced me to see the sacrifices I have skirted thus far, and forced me to reckon with the cowardice I have always secretly carried. Maybe I saw what I wished for myself in this young woman who looks like me, and finally I had to pull my own covers.

I personally, am forever cosmically humbled by the sheer weight of valor this takes and I hope this song is the first of many braver and more relevant steps I take participating in forging a better life for everyone and everything on this little planet.

In November Quenby went into our local studio here in Livingston, MT with engineer, Jamey Warren to record an acoustic track of a song she wrote in 2017 after the Charlottesville riots. She got to work with local musicians and dear friends, Jody Engstrom on upright bass and harmony vocals, and Chelsea Hunt on fiddle and harmony vocals. The single drops on Friday, January 7th on all streaming platforms. Stay tuned for the video, but in the meantime, here are some photos and videos of the recording session.

Headed to Texas tomorrow to record with legendary bassist, Donnie Price and the all-star cast of musicians he’s putting together for me from the Bob Wills Band, Asleep at the Wheel and more! I’ll be sitting in with his honky tonk band at Luckenbach Saturday night, Sept. 25th after playing a solo gig at the Bend General Store, 2p-5p. Y’all come!

Well be in the studio recording the song I co-wrote with Montana songwriters Jessica Eve, Lee Calvin and a Nashville buddy, Melissa Fourette as well as one of my old crowd-pleasers, My Only Home Is The Honky Tonks. Stay tuned for the release of these honky tonk classics!

Also, very excited to be opening for good friends and Wyoming natives, the Two Tracks, at the Attic here in Livingston, MT in November. Stay tuned for the ticket link!

And last but by no means least, Click here to see the live performance and interviews with co-headliner Larry Hirshberg.

In September, Quenby was thrilled to join producer/bassist, Donnie Price (Ruthie Foster, Guy Forsyth) and sound engineer, Stuart Sullivan (Sublime, Meat Puppets) at Sullivan’s studio, Wire Recording in Austin where they recorded three singles. “My Only Home is the Honky Tonks” is an original written in 2018, a high energy two-stepper about a honky tonk singer’s colorful life on the road.

“Here Lies My Broken Heart” is a collaboration, Quenby’s first co-write, with Montana friends and writers, Jessica Eve, Lee Calvin Eichelberger and Melissa Fourette. Torn between two interpretations of the song, she decided to record it twice, once as a heart-wrenching ballad, and then again as an upbeat flat-tire shuffle with the incomparable Herb Belofsky (Chris Wall, Dale Watson, Gary P. Nunn) on drums. Quenby hopes to release two of the singles as a 45 later this spring, so start saving up your pocket change for some classic fun!

The players on this recording fairly blew her socks and the session was quick and wildly successful. Thanks to Herb Belofsky on drums, Donnie Price on bass, Chris Reeves on tele, Dan Walton (Asleep At The Wheel) on keys and Hammond B3 and Grammy-Winner, Jason Roberts (Asleep at the Wheel, Bob Wills’ Texas Playboys) on fiddle, pedal steel and rhythm guitar. Thank you, gentlemen, for a mind-blowing trip!

The players on this recording fairly blew her socks and the session was quick and wildly successful. Thanks to Herb Belofsky on drums, Donnie Price on bass, Chris Reeves on tele, Dan Walton (Asleep At The Wheel) on keys and Hammond B3 and Grammy-Winner, Jason Roberts (Asleep at the Wheel, Bob Wills’ Texas Playboys) on fiddle, pedal steel and rhythm guitar. Thank you, gentlemen, for a mind-blowing trip!

Very excited to be invited as a guest on the Youtube show, posted by John Dendy and posted monthly, called The Myrna Soundstage. It is aimed at introducing Montana musicians and performers who are producing original work, to the world. The show is onstage before a small live audience and is filmed, then edited together with the interviews, and drops on our Youtube channel the following month. The legendary Larry Hirshberg is sharing the bill and you can attend in person, $15 at 7:30 in Helena, and watch it again on YouTube in September!

Quenby, along with the WOW band – Bill Dwyer, Sean Devine and Brian Kennedy, will be our musical leads at MUSIC RANCH MONTANA in Paradise Valley coming up soon – Saturday, December 16th! 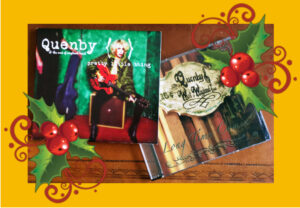 Downbeat begins at the family-friendly time of 7:30 pm so we’re looking forward to seeing ALL you youngsters on the dance floor cutting a rug! Bring Grandma!!
Tickets for this event are $10 and can be purchased at the door or in advance at www.musicranchmontana.net.

Thinking of unique gifts for the music lovers in your life?

Visit our shop for Quenby & WOW Music and memorabilia! We’ll also have merchandise at our upcoming shows…

Mark your calendar for a delightful night out on November 3 at Livingston’s great music venue The Attic upstairs above Whiskey Creek Saloon from 7 to 9 pm where Quenby will be opening for the fabulous Sunny Sweeney.

Get Tickets by clicking here!. 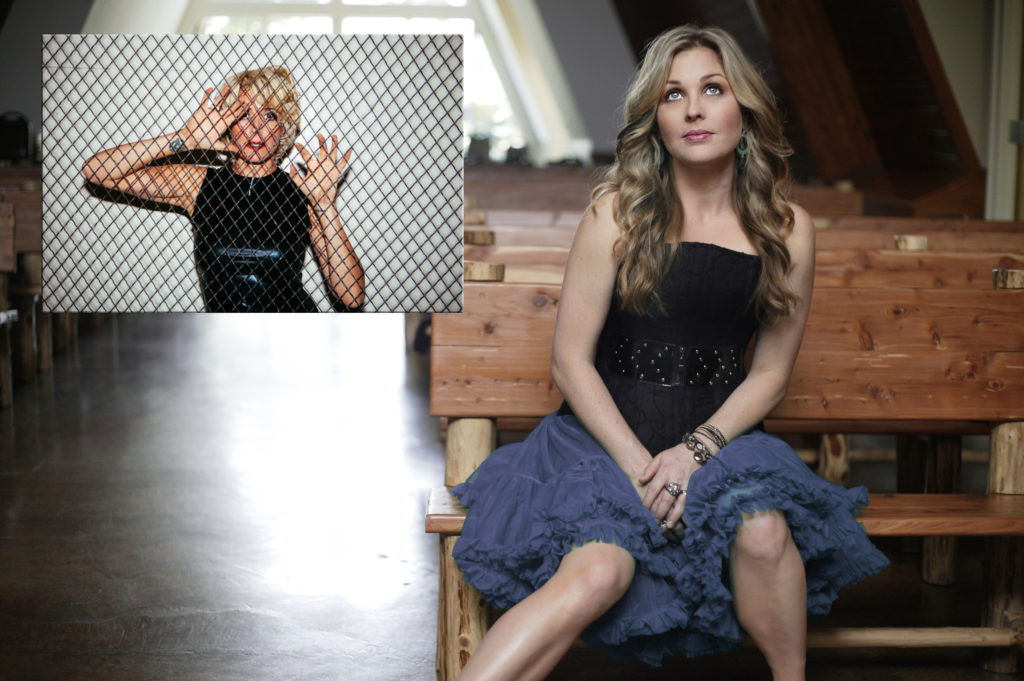 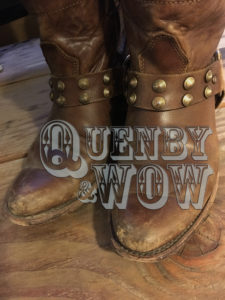 Come join us for an invigorating weekend of dancing! Time to brush off that summer dust and polish in the shine.

Big shout out to Jamie and Mark for a great time this last weekend in Fort Peck at the Gateway Club. It was awesome to meet the community as they came out to support the women’s fishing derby! It was also an honor to cross paths with the poet Joseph R. McGeshick… an inspiring man! Check out his Poem: “Chasing The Sun Across The Hi-Line” – shared on Montana Public Radio ‘The Write Question’ blog.

Next up in our scheduled events Tour Schedule are: 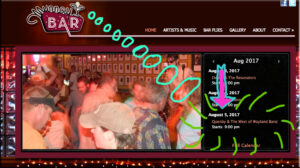 Quenby & WOW on the Murray Calendar

It is a beautiful summer in the Paradise Valley! Especially when it’s filled with friends, family and fans! Keep comin’ out! 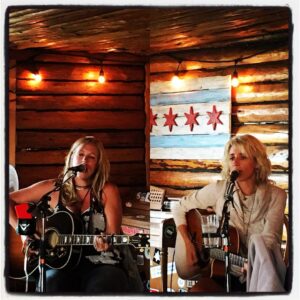 A great dancing crew came out recently to see Quenby and the West of Wayland Band at the Riverhouse in Big Sky. This was followed by a weekend in Jackson Hole with the band, and a fun solo gig this week at Bozeman Spirits. 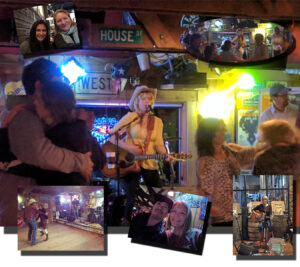 This coming weekend will hold two nights of more fun and dancing! Join the band at the Bozeman Eagles from 9:30p-1:30a both Friday, April 7 and Saturday, April 8. You better make it out because this is the last local gig with the full band until May, and you don’t want to miss the last evenings that Jason ‘Crawdad’ Uhlmann will be playing his ripping upright bass with the band!

Then coming up… a change of Quenby’s creative focus to the theater brings to us the performance of Venus in Fur at the Blue Slipper Theatre in Livingston, MT. The show will be running Fridays-Sundays from Apr 21 through May 7, 2017.

Looking forward to seeing you there!

Ready to dance and soak your worries away?? There’s no better way to end a winter day than soaking at the springs and then enjoying a night of great music and dancing – the perfect combo! Not since 2013 have Quenby and the West of Wayland Band graced the Chico Bar stage. Time to celebrate! Perhaps even make this a way to ‘march forth’ into the new year with rejuvenated perspective. 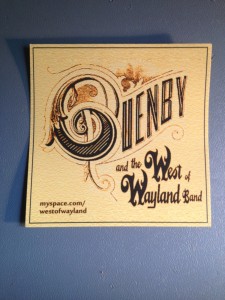 Buoyed up from the support of musical friends and fans from her recent sojourn in Texas, Quenby has returned to Montana inspired. There’s much work in the world to do, and doing it through music helps bring a greater balance to life’s stage!

In addition to working on new songs, a new sticker is in order. Send us your ideas and be looking and listening for new songs coming this spring! In the meantime, enjoy the old ones on Quenby and WOW Band’s albums. You can even sing-a-long on our lyrics pages! Enjoy bothPretty Little Thing produced in 2016 and Long Time Comin’ produced in 2009.

Looking forward to seeing you at our shows!